With oversight of rail safety across Australia, the Office of the National Rail Safety Regulator (ONRSR) deals with a myriad of safety concerns every single day - but few, if any, have drawn the national watchdog’s sustained focus like that of track worker safety.

For almost a decade now, ONRSR has worked tirelessly to ensure thousands of everyday Australians who keep our vast and varied rail networks operating, come home to their families safely. And while there is still so much that can and will be done, the national regulator, in conjunction with the rail industry, has made a significant difference and is undoubtedly saving lives.

The need for ONRSR to place a particular emphasis on the safety of track workers was apparent from the outset and when it announced its first set of national rail safety priorities in 2015, key among them was Track Work – Competency and Communication. The evidence to suggest track worker safety required a sustained regulatory focus and that it was an issue for multiple operators on a range of networks was telling, with more than 400 separate safeworking breaches having been reported to ONRSR in the 2014-2015 financial year alone. Analysis of the data revealed a series of common safety factors from insufficient or incorrect worker protection types and locations and the incorrect removal of worker protection to even the inaccurate identification of worksite locations. It was clear that the Australian rail industry needed to reduce track worker related safety incidents and that rail operators needed a better understanding of the risks and how to manage them.

These immediate concerns were initially tackled via a national compliance project that included:

The success of this initial program of work was not only in positive engagement between the regulator and industry, and an overdue raising of awareness, but also in the identification of a new set of key issues that would allow ONRSR to make significant inroads into the broader problem. A number of these new focus points centred around training providers and the competency of staff provided by labour hire companies, while another fundamental concern was the worrying tendency for track workers to start working on site before the necessary protection was in place. So, with occurrences continuing to be reported to ONRSR and the safety risk still ever present on the network, the national priority was rebadged to encompass Track Worker Safety across the board. A new national compliance project was established with a specific remit to address unplanned and reactive track worker activities, and at this point ONRSR also ramped up the production and publication of track worker themed safety messages with what would be the first of around a dozen such articles, presentations and videos produced in the years since.

Throughout 2018-2019 this renewed and expanded regulatory effort sought to further address track worker safety risks by gathering better quality occurrence data from operators, focussing activities in the field on track worker protection arrangements such as risk management and exploring some more innovative options for education and promotion around safe work practices. The collection of data was also greatly enhanced by the advent of the ONRSR Portal, a secure digital channel for the exchange of occurrence and operational data between the regulator and rail transport operators. This allowed ONRSR to seek further information from operators in the event of a rule or procedure breach during track work, using additional reporting fields as part of normal occurrence reporting protocols. These improvements to the collection and collation of data enabled ONRSR to better understand the nature of breaches, the protection methods in place, and to identify trends and optimise the effectiveness of regulatory activities.

Elsewhere, in addition to the regular compliance activities, ONRSR delivered a safety improvement program to more than 250 frontline staff and supervisors in eight different locations across Australia. The program involved a series of interactive, theatre-based workshops in which professional actors explored a rail industry specific scenario and the impacts on a track worker when something goes terribly wrong. Among the key take outs from participants in the program were critical safety messages, tools to assist rail professionals in having difficult conversations and, perhaps most importantly, personal commitments to behaviour change for the better.

Awareness and vigilance around track worker safety was also increased by ONRSR’s successful prosecution of a rail transport operator in 2019, two years after a worker had been killed at Clyde in New South Wales. Importantly, the fines paid as a result of the judgement have been re-invested in a range of safety initiatives overseen by ONRSR in the years since.

ONRSR also explored the measures available to reduce risks to track workers by discussing with operators new technology driving innovative engineering solutions that were now being considered and if human factors and the effect they have on compliance at work sites was being studied as part of this work.

Despite the best efforts of regulatory staff and rail safety workers at this time, the number of reported occurrences related to track worker safety remained of significant concern. As a result, from September 2019 to September 2020 ONRSR trialled the collection of supplementary information for track work procedure breaches. Additional data was collected and analysed for 321 occurrences over this period, with summary findings being:

By this time the COVID-19 pandemic was impacting the regulatory activities undertaken by ONRSR, and an opportunity was presented to think more about how technology and other non-administrative controls could be better utilised to improve track worker safety.

In 2021 ONRSR, in conjunction with the Rail Industry Safety Standards Board, partnered with the Australasian Centre for Rail Innovation to explore track worker safety options available for Australian railways to drive and inform future investment and implementation.

The report was the culmination of extensive research to identify applicable technologies, and comprehensive engagement with stakeholders, to first characterise the technology and ultimately examine a path to adoption that is both effective and commercially viable.

The purpose of the project was to identify current and emerging options for improving the safety of workers on Australian rail networks.

By understanding the options available as well as their context for use, operators were now more readily able to invest in these solutions and implement them successfully.

While all of this work, along with the aforementioned initiatives ONRSR has driven, have certainly made a difference, the efforts and commitment shown by rail transport operators themselves in relation to track worker safety should not go unnoticed.

While ONRSR will always have a role to play in holding operators to account and challenging them to improve when things go wrong, it is also important that we acknowledge the good work they have undertaken in this space. Indeed, both rail workers and the general public can have confidence that the industry’s commitment to addressing this issue is strong, as evidenced by the following advances made by major operators.

ONRSR is keeping a close eye on the effectiveness of these and other initiatives via its day-to-day regulatory activities but also through more targeted and larger scale operations.

Click on the images below for operator specific details 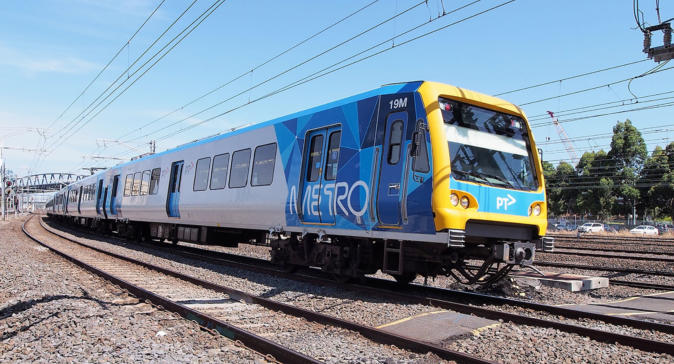 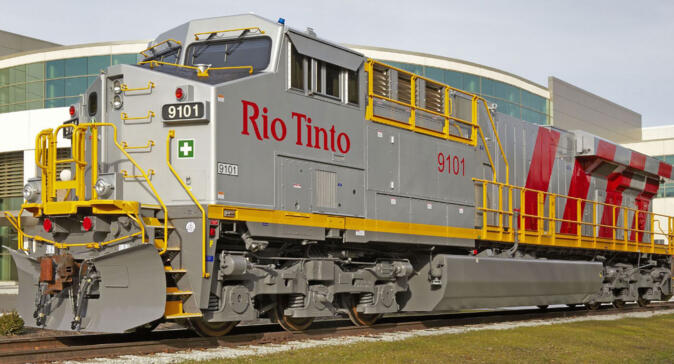 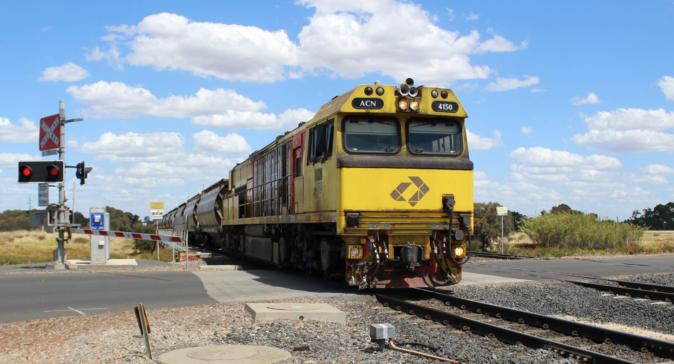 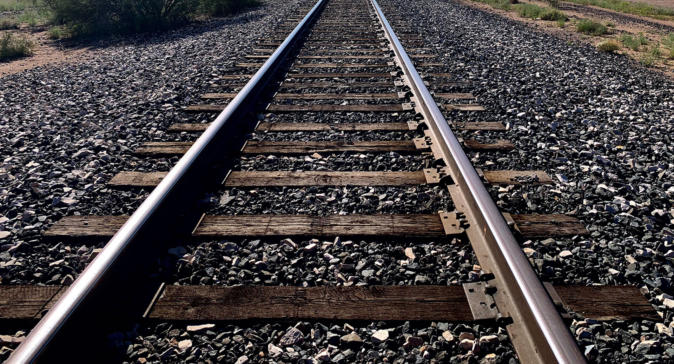 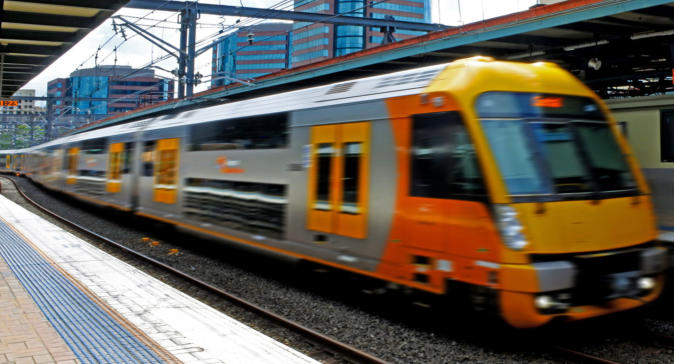 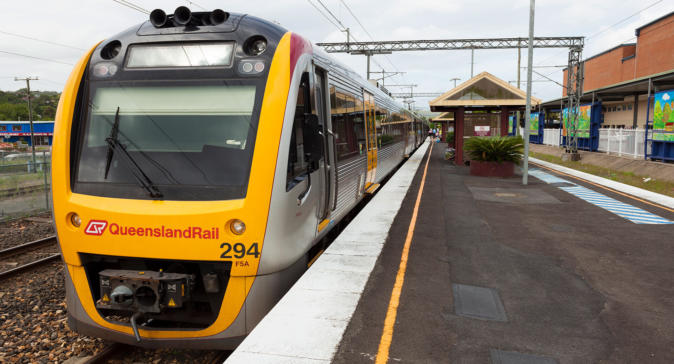 In May 2022 ONRSR heralded its operational emergence from the COVID-19 pandemic with a carefully planned rail safety officer ‘blitz’. The Big Week Out, as it was dubbed, was ONRSR’s largest ever coordinated regulatory activity and saw rail safety officers deploy to a wide range of metropolitan and regional rail corridors to conduct unannounced visits. A key focus was assessing the processes and procedures accredited rail transport operators have in place to ensure the safety of track workers.

Over 50 officers from all ONRSR offices were deployed, both day and night, across all major railways covering every state and territory in Australia. In all more than 130 work sites were visited, with a series of common issues being identified including:

Activities like the Big Week Out and the latest occurrence data, represented graphically below, indicate that improvements are being made and more and more operators and workers are doing the right thing. But for ONRSR it has also reinforced the dangers of complacency and the need for everyone with a stake in track worker safety to continue to strive for better outcomes.

With adherence to procedures and network rules so critical to safety in the industry, the competency of rail safety workers is of paramount importance. Incident analysis reveals that both a lack of worker competency and the poor management of systems designed to record qualifications and knowledge, can lead to an increased risk of hazardous events. ONRSR will devote significant regulatory resources to ensuring that rail transport operators have appropriately skilled, trained and experienced rail safety workers on their staff and suitable competency management systems that can be applied appropriately and thoroughly when engaging contractors.

ONRSR incident investigations have identified poor safety critical communications as a contributing factor to an increasing number of extremely serious occurrences across all sectors of the industry, ranging from authority irregularities to conflicting train movements, runaways and near-hits. Safety critical communications include both verbal and written communication and are essential to ensuring safe railway operations. Of particular concern is the use of casual or informal language - creating confusion and misunderstandings that lead to poor decision making that can have serious consequences. Its importance to the safe operation of all railway operations is reflected in its relevance to the full spectrum of rail safety workers including train drivers, network controllers, protection officers and track workers. ONRSR will work closely with rail transport operators to ensure they have properly designed, tested and executed processes, procedures and protocols in relation to operational communications.

Departures from accepted practices, in particular the reversion to dated, sometimes analogue working arrangements – often due to last minute decisions, external pressures and/or unforeseen events, are becoming widely recognised precursors to a range of incidents. In a bid to address failures to identify and manage risks associated with degraded conditions and altered working arrangements, ONRSR will be targeting rail transport operators to assess workers’ competency and training in these often ad-hoc processes. The aim is to make sure they understand the flow on effects of changes to working arrangements, particularly when this kind of working exposes workers to high demand tasks for extended periods of time.

This is just the latest in what will almost certainly be the ongoing evolution of ONRSR’s commitment to doing everything in its power, independently and in conjunction with the rail industry, to protect the lives of Australia’s track workers and all rail safety workers across the network.